Snow crabs have taken over the Barents Sea and both Norwegian and Russian vessels are fishing and landing the catch in Norway. Nofima is currently researching the best ways of using these crabs.

Traditionally, this has been one of the most important products from Alaska, but snow crabs can now also be found in Norwegian waters. The market is global and prices are good. This cold-loving crab was first observed in the Barents Sea in 1996, and its numbers have grown quickly. Around 4,000 tonnes of alaskan snow crab has landed in Norway this year.

When boxes of snow crabs arrive at Nofima, the experts are ready for them. The aim of the trials has been to investigate shelf life and quality. Work is also focused on utilizing the leftover raw material from snow crabs to ensure sustainable use of the resource. In addition, the scientists are working with commercial companies on the development of new bait and crab pot technology.

Many of the snow crab’s biological characteristics are still unknown. Little has been documented about its physiology, what it can tolerate, and how it lives. In future studies with living crabs, Nofima will also investigate what water temperature they need and how close together they can live and thrive.

In order to sell snow crabs on the fresh foods market, it will be essential to keep them alive after they are caught. Nofima’s national center for catch-based aquaculture will now include the snow crab among their species.

“The snow crab is an important species now and will continue to be so in the future. It is therefore natural for us to investigate how we can keep them alive in order to achieve the best possible quality and price,” says the center’s head Kjell Midling.

It is the flesh in the snow crab’s legs that is eaten, but it is certainly possible that the rest of the crab may be of value.

“Because it is a cold-water species, it is very interesting to look for marine enzymes and bioactive components that are adapted to the cold. We will investigate this and see how such enzymes might be used commercially,” says Ragnhild Whitaker, who is heading this research. 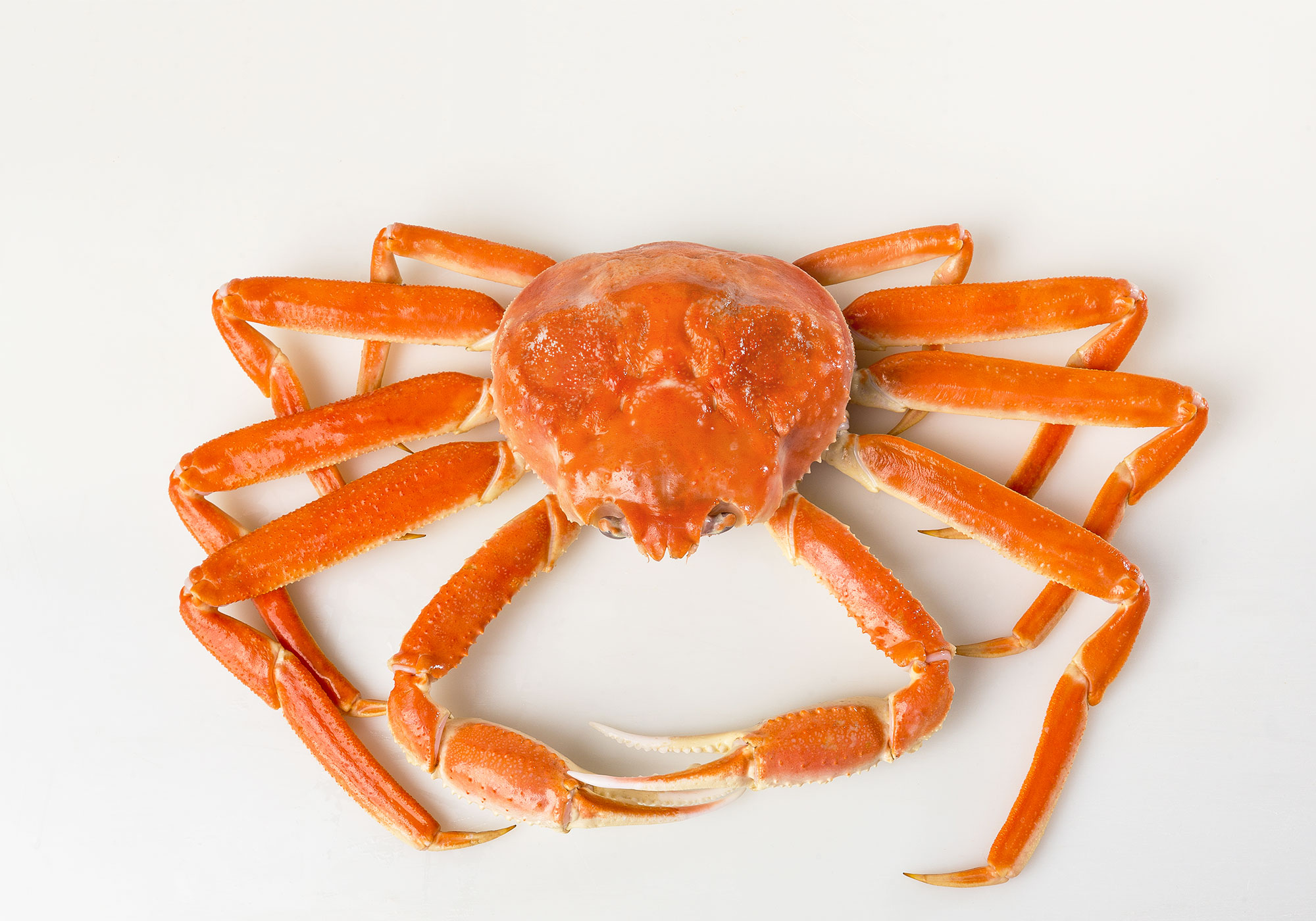 In previous research projects, Nofima’s scientists have found bioactive components in king crab shells and in prawns that are now used as ingredients in a range of products, including medicines and health foods.

The scientists who are studying snow crabs have long experience of studying other shellfish.

Nofima’s scientists are making use of their long experience with king crabs in their new focus on snow crabs. The snow crab is similar in appearance to the king crab but lives in deeper water, where it thrives in the lower temperatures.

Nofima has been researching the king crab since it first entered our waters. They have investigated everything from the crab’s biology to finished products on the market.

“When we started in 1994, few people believed that the king crab could be kept alive. Now as much as 70% of the king crabs that are caught are kept alive and can be sold on the market at a very different prize to the frozen version. Norwegian king crab has a very good reputation, thanks to the quality it maintains in hotels,” explains Siikavuopio.